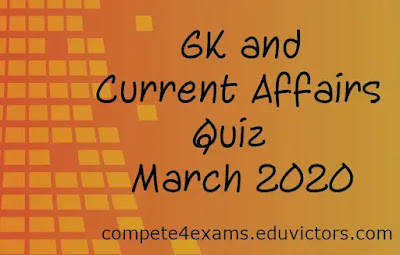 Q1: Who has named the United Nations (UN)’s “most famous teenager in the world” in its ‘Decade in Review’ report?

Q2: Who has emerged as India's most searched business tycoon on Google in 2019?

Q3: Who is the author of the book titled “Diamond In My Palm” that describes about the 12 diamonds that was lost from India?

Q4: Who is the Union minister of Ayush Ministry?

Q5: Who was reappointed as the Chairman of Railway Board? 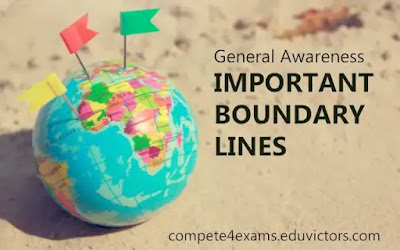 The line which demarcates the two countries is termed as Boundary Line.  Here is a partial list of international boundary lines.


DURAND LINE:
Between India and Afghanistan, de­marcated by Sir Mortimer Durand in 1896, runs from Chitral to Sistan.


McMOHAN LINE:
The boundary between India and China as demarcatedby Sir Henry Mc Mohan in 1914. China does not recognize this line.


RADCLIFF LINE:
Drawn by Sir Cyril Red cliff in 1947 as demarcated between India and Pakistan.