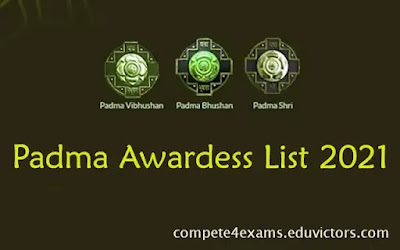 ① Padma Awards - one of the highest civilian Awards of the country, are conferred in three categories, namely, Padma Vibhushan, Padma Bhushan and Padma Shri.

③ ‘Padma Vibhushan’ is awarded for exceptional and distinguished service;

‘Padma Bhushan’ for distinguished service of high order and

‘Padma Shri’ for distinguished service in any field.

④ The Government of India instituted two civilian awards-Bharat Ratna & Padma Vibhushan in 1954. The latter had three classes namely Pahela Varg, Dusra Varg and Tisra Varg. These were subsequently renamed as Padma Vibhushan, Padma Bhushan and Padma Shri vide Presidential Notification issued on January 8, 1955. The awards are announced on the occasion of Republic Day every year.

⑤ These awards are conferred by the President of India at ceremonial functions which are held at Rashtrapati Bhawan usually around March/ April every year.

⑥ This year (2021) the President has approved conferment of 119 Padma Awards including 1 duo case (in a duo case, the Award is counted as one) as per list below.

⑦ The list comprises 7 Padma Vibhushan, 10 Padma Bhushan and 102 Padma Shri Awards. 29 of the awardees are women and the list also includes 10 persons from the category of Foreigners/ NRI/ PIO/ OCI, 16 Posthumous awardees and 1 transgender awardee.

7 Points About PSLV-C49/ EOS-01 Mission You Should Know 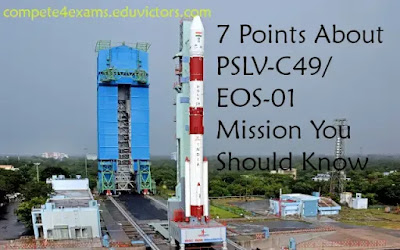 ② The EOS-01 satellite is an earth observation satellite that will support applications in agriculture and forestry and disaster management.

EOS-01 (formerly known as RISAT-2BR2) is an X-band, synthetic-aperture radar (SAR) based all weather Earth imaging satellite and is developed by ISRO.

Is Switzerland the mecca of Sports Organisations? Let us find out. (#SportsOrganisations)(#GeneralAwareness)(#compete4exams)(#eduvictors)

Is Switzerland the mecca of Sports Organisations? Let us find out. 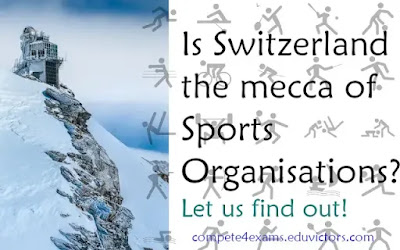 Sports Organisations of the World and their Headquarters 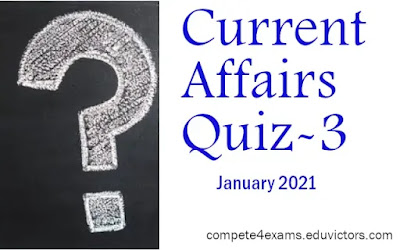 2. Who has been conferred with the 'Indian Personality of the Year' award at IFFI? 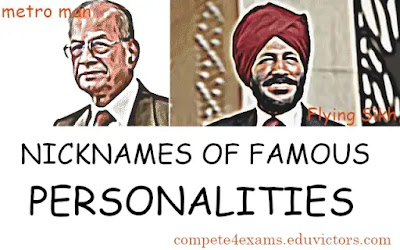 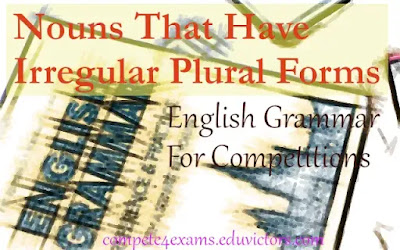 Irregular plural nouns are nouns that do not become plural by adding -s or -es. There are 100+ irregular nouns.  One reason for irregular nouns is that many of them have been borrowed from other languages. A few are listed below: 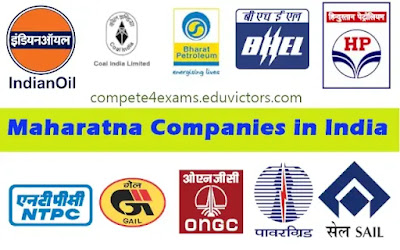 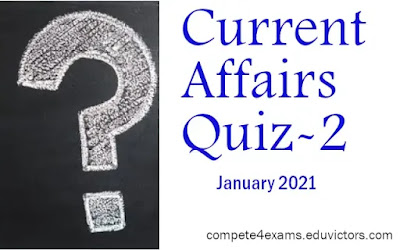 1. Who has been appointed as the new Chairman & CEO of Railway Board?

2. In which city of Karnataka the natural gas pipeline connecting Kochi in Kerala was inaugurated by Prime Minister Narendra Modi?

3. Prakash Utsav is celebrated every year to commemorate the birth of which guru?

4. Which country's new rule permit drones to fly over people and at night in the country? 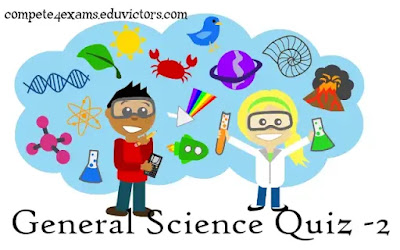 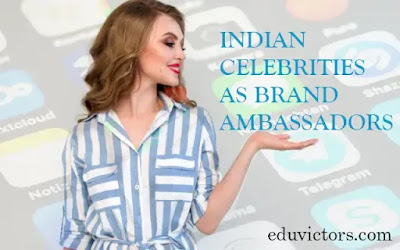 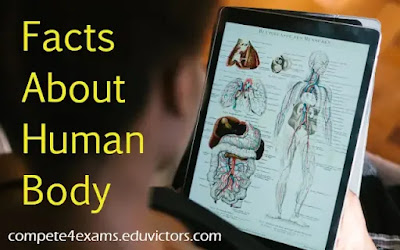 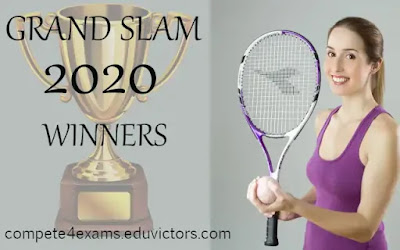 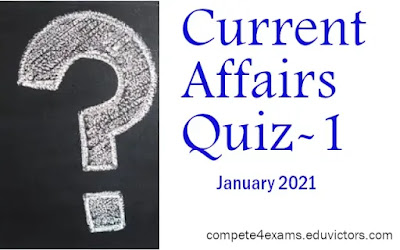 1. To connect 3.12 Cr Indian diaspora spread all over the world, the ministry of External Affairs launched portal called ?

2. In the 96th Tansen Music Festival began in Gwalior, Madhya Pradesh, who was conferred Tansen Samman?

3. Who topped the Bloomberg Billionaires Index 2021? 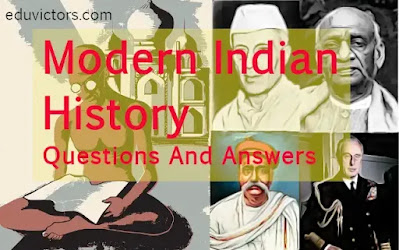 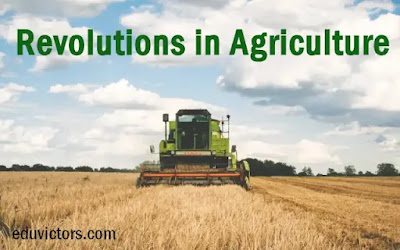 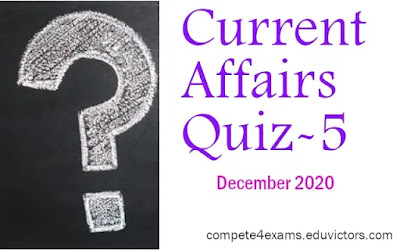 1. Senior scientist ___________ has been honoured with DRDO's 'Scientist of the Year Award' for his contribution in developing several herbal medicines, including the popular drug Lukoskin meant for treatment of leucoderma

2. The autobiography of late Justice Rajindar Sachar, titled, “____________: An Autobiography”, was launched posthumously by Sachar’s family on the occasion of his birth anniversary on 29 December 2020. 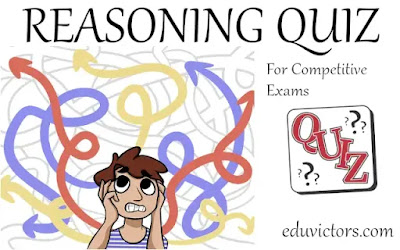 Q1: Four of the following five are alike in a certain way and so form a group. Which is the one that does not belong to that group ?

Email ThisBlogThis!Share to TwitterShare to FacebookShare to Pinterest
Labels: Reasoning 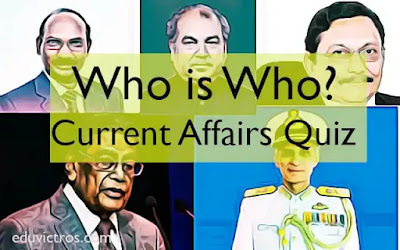 1. Who is the present Chief Justice of India?

2. Who is the Minister of Railways and Minister of Commerce & Industry in the Government of India?

3. Who is the Chief of Defence Staff?