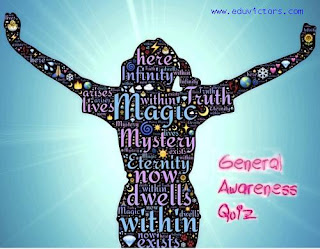 Q1: The sleeping sickness is caused by


Q2: Haemolymph is observed in


Q3: The virus without capsid but only with nucleic acids is called


Q4: The immunity cause by B-lymphocytes is called


Q5: Which of the following forests grows in waterlogged areas?

Q2: Which day is celebrated as National Mathematics Day?

Q3: Which day is celebrated as Good Governance Day?

Q4: Who was appointed as the Chairman of the Competition Commission of India (CCI) on January 8, 2016?

Q6: Who was appointed as CEO of Food Safety and Standards Authority of India (FSSAI)?


Q1: Which of the following is a merit of the Presidential form of Government?

Q2: The two chambers of the Swiss Federal Assembly are called


Q4: Humayun was driven out of Hindustan in 1540 AD after the battle of


1. Name the Italian traveller who visited the Vijaynagar Empire in 1402 AD

2. Which one of the following dynasties established an independent rule in Bijapur?

4. The word ‘Economics’ is taken from which language?


5. The famous economist Thomas Robert Malthus, in his views regarding population, is


Q4: Given below are capital letters in the first line and symbols in the second line. Symbols and letters are codes for each other. Choose the correct code for the given letters.