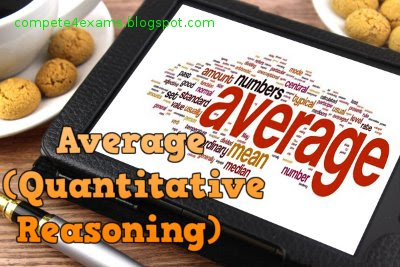 The average of given set of numbers can be expressed as:

③ If all the given quantities have the same value, then the vaue itself is the average.

Q1: Fnd the average of first five even numbers.


Q3: The average weight of 10 men is increased by 1½ kg, when one of the men who weighs 68 kg is replaced by a new man. Find the weight of the new man.


Answer: 12 ×  7 = 84.
If each of the given quantities is multiplied by a constant N, then their average is also multiplied by N.