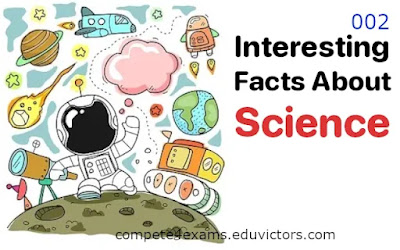 • The Universe contains over 100 billion galaxies.

• Wounds infested with maggots heal quickly and without spread of gangrene or other infection.

• The longest glacier in Antarctica, the Almbert glacier, is 250 miles long and 40 miles wide.

• The fastest speed a falling raindrop can hit you is 18mph.

• Inbreeding causes 3 out of every 10 Dalmation dogs to suffer from hearing disability.

• The world’s smallest winged insect, the Tanzanian parasitic wasp, is smaller than the eye of a housefly.

• It would take over an hour for a heavy object to sink 6.7 miles down to the deepest part of the ocean.

• There are more living organisms on the skin of each human than there are humans on the surface of the earth.

• The grey whale migrates 12,500 miles from the Artic to Mexico and back every year.

• Quasars are the most distant objects in the Universe.

• Koalas sleep an average of 22 hours a day, two hours more than the sloth.

• Light would take .13 seconds to travel around the Earth.

• Neutron stars are so dense that a teaspoonful would weigh more than all the people on Earth.

• Every hour the Universe expands by a billion miles in all directions.

• Somewhere in the flicker of a badly tuned TV set is the background radiation from the Big Bang.

• The temperature in Antarctica plummets as low as -35 degrees Celsius.