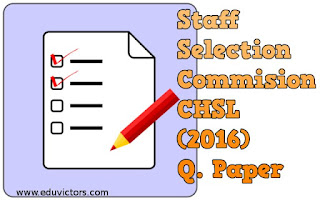 
Q15: Arrange the given words in the sequence in which they occur in the dictionary.
i. Forbes
ii. Forest
iii. Forensic
iv. Formation


Q17: In the following, select the missing number:


Q19: In the following question, which one set of letters when sequentially placed at the gaps in the given letter series shall complete it?


Q20: Mohan is chasing a bike which is moving in the south-west direction. In which direction is Mohan moving?