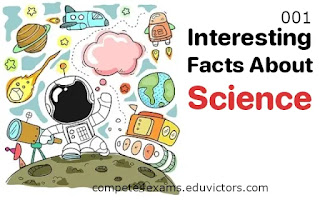 • The dinosaurs became extinct before the Rockies or the Alps were formed.

• When a flea jumps, the rate of acceleration is 20 times that of the space shuttle during launch.

• The earliest wine makers lived in Egypt around 2300 BC.

• If our Sun were just an inch in diameter, the nearest star would be 445 miles away.

• Astronauts cannot belch - there is no gravity to separate liquid from gas in their stomachs.

• DNA was first discovered in 1869 by Swiss Friedrich Mischler.

• The molecular structure of DNA was first determined by Watson and Crick in 1953.

• The thermometer was invented in 1607 by Galileo.