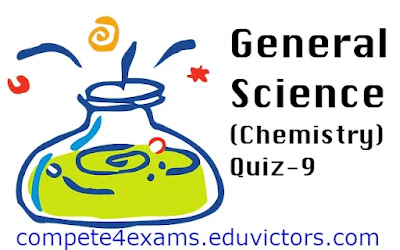 Q4: The working principle of a Washing Machine is?

Q6: Pure water is bad conductor of electricity because it is

Q7: Which metal remains in liquid form under normal conditions ?

Q8: Potassium Permanganate is used for purifying drinking water, because ...?

Answer: It is an oxidising agent and has antiseptic properties.

Q9: The main constituents of pearls are?

Q10: The branch of physiology and medicine concerned with heart is known as

Q12: Aristotle reasoned that the heavens were composed of a fifth element, called _____?

Q13: What is a selenologist?

Answer: A selenologist is a scientist who studies the moon.

Q17: Who showed that the planets did not orbit the sun in circles but in perfect ellipses?

Q18: Which plant tissue mainly responsible for making woody parts of the plant?

Q19: Name the the acid that makes unripe apples sour.

Q20. Name the scientist who introduced a classification scheme for plants in 1667. He grouped them into monocots and dicots.

Q21: What is hypothesis?

Answer: A hypothesis is a scientific idea that can be tested.

Q22: What is the the scientific SI unit for energy?

Q23: Name the physical quantities that have magnitude and direction.

Q24: The weight of an object can be thought of as acting at a single point, it is called as?

Q25: Which law law states that every force is accompanied by an equal force acting in the opposite direction?