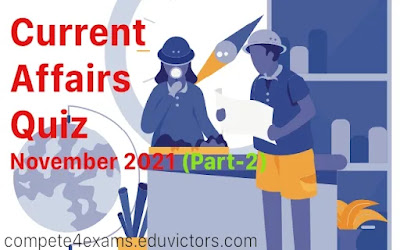 1. CS Venkatakrishnan has been appointed as the new CEO of which bank?

2. Works Diabetes Day is observed on _______ to raise awareness about the impact of diabetes disease, its prevention and eduction.

3. Recently the book “The Promise” penned by South African writer Damon Galgut for has won the most prestigious award?

5. Who has been appointed as the new Director General of Narcotics Contro Bureau (NCB)?

6. National Bird Day is celebrated on?

8. What is the new name given to Mumbai Karnatka region?

9. India's first rooftop drive-in theater was launched in which city?

11. Who has been awarded Nelson Mandela Nobel Peace Prize 2021?