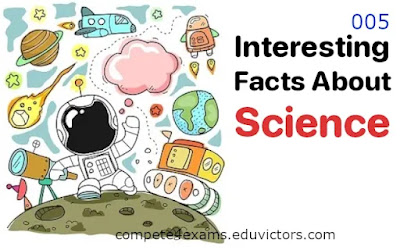 1. Röntgen discovered X-rays accidentally in 1895. He covered the cathode tube with black paper but he was surprised to find the projection of incandescent green light on the screen. Because he did not know what the rays were, he named them 'X' meaning 'unknown rays'.

2. Becquerel discovered radioactivity in 1897. Again it was an accidental discovery. When Becquerel learned by Röntgen X-rays discovery. He tried to produce X-rays by projecting sunlight on phosphorescent Uranium salts. One day he saw the clear image on plates produced by Uranium salts that were not stimulated by the sunlight.

3. J J Thomson was the director of Cavendish Laboratory at Cambridge University, England. Once he learned about the discovery of radioactivity, he assigned young graduate Rutherford to explore it further. In 1898, he discovered two radioactive rays called Alpha particles and Beta particles.

4. Meanwhile Thomson carried his research and discovered cathode rays and electrons in 1897.

5. Meanwhile, Thomson contemporaries Marie Curie and Pierre Curie (her husband) discovered two previously unknown radioactive elements, radium and polonium, in uranium ore in 1898. Unfortunately, she died of Leukaemia in 1934, due to exposure to radiation while doing scientific research on radioactive material. She received two Nobel Prizes and many prestigious awards.

6.  In 1900 Max Planck (German physicist) presented a mathematical model of energy quanta that led to the foundation of Quantum theory. He studied the Black body radiation problem and found an object emits different colours of light at different temperatures.

7. In 1902, Philipp Lenard discovered the Photoelectric effect. It was an interesting experimental discovery that puzzled the scientists. He found when lights fall on metal electrodes under special conditions electrons emit from that metal.

8. Einstein was the man of the year 1905. He was 25 years old and published three papers, each was a masterpiece and transformed physics. His first paper supported Planck's quantum theory and the photo-electric effect. His second paper explained the reasons behind Brownian motion (zig-zag motion when fluid particles strike each other). His third paper was on the Special Theory of Relativity.

9. In 1911, Geiger’s and Marsden’s alpha-scattering experiments (also called the Rutherford gold foil experiment) led to the discovery of the nucleus by Rutherford. Although, he had already won the Nobel prize in 1908 his famous work after that. He is also known as the father of nuclear physics for his research work in a nuclear reactions. Under his leadership, James Chadwick discovered the neutron in 1932.

10. In 1931, a 28-year-old physicist Niels Bohr published a series of papers that refined Rutherford's nuclear model. He developed a new atomic model that explained that electrons revolve around the nucleus in fixed energy levels or orbit.