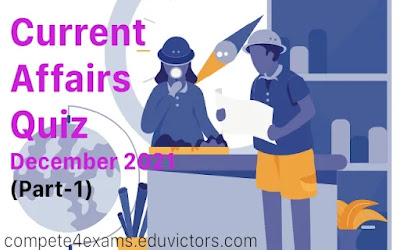 Q1: Who has been awarded the 2022 RIBA Royal Gold Medal for Architecture by the Royal Institute of British Architects?

Q3: Haiderpur Wetland located in which state of India has been recognized under the Ramsar Convention on Wetlands of 1971?

Q5: Who has been honored with the Icon Award of the 21st Century?

Q8: According to a latest report released by the IMD World Competitive Center, which country has got the first place in the “World Talent Ranking Report”?

Q9: Who has been appointed as the new head of the United Nations Children's Fund (UNICEF)?

Q10: The government of which country has announced to be the world's first 100% paperless government?

Q11: Which indigenous missile has been successfully test-fired by DRDO in collaboration with Indian Air Force?

Q14: Which is the first Indian airline to launch ESG report?

Q15: Who has published the "World Talent Ranking Report"?

Q16: With how many languages the Bhasha Sangam mobile app has been launched?

Q17: Who has given observer status to International Solar Alliance?

Q18: At what age has the world's oldest Test cricketer Ilene Ashe passed away?

Q19: here is the “Kajuveli Wetland” declared as the 16th Bird Sanctuary by the Minister of Environment, Forest and Climate Change Surpiya Sahu, located at?

Q21:  Which commission has launched “She is a Changemaker” program?

Q23: At which place the researchers have discovered the first dinosaur species that lived 214 million years ago?

Q24: The Chief of Defense Staff (CDS) has passed away due to the Air Force helicopter crash in Coonoor, Tamil Nadu. What was his name?

Q25: Who has become the first player to be dismissed for zero runs 6 times in a calendar year?

Q26: Who has been appointed as the country's Chancellor by the Parliament of Germany in place of Angela Merkel?

Q27: The country's first psychiatrist has passed away at the age of 98. What was his name?

Q28: Which former Chief Election Commissioner of India has been included in the advisory board of International Institute for Democracy and Electoral Assistance?

Q31: Viktor Axelsen and Taipei's Tai Tzu-Ying of China have been chosen as the men's and women's players of the year 2021 by the Badminton World Federation. Viktor belongs to which country?

Q32: Which word has been chosen as "Word of the Year 2021" of Cambridge Dictionary?

Q33: When is Armed Forces Flag Day celebrated in India?

Q35: In which country is the Semeru volcano erupted on Java on December 4, 2021?

Q36: Which bill has been passed by the Parliament to prevent disasters?

Q37: Which athlete has been honored with the "Boomman of the Year" award by World Athletics?

Q38: "Magdalena Anderson" has become the first woman Prime Minister of which country?

Q40: Indian-origin Parag Agarwal has been made the CEO of which company?

Q41: In which city in Meghalaya the famous Cherry Blossom Festival has been organized?

Q42: Which country has become the world's newest republic after the end of the reign of Queen Elizabeth?

Q43: Who has become the first Indian to be awarded the honorary title of Knight of Part Gulfa in Italy?

Q45: Which drama film has won the ICFT-UNESCO Gandhi Medal at the 52nd edition of IFFI?

Q46: Which word has been chosen as the word of the year 2021 according to the Collins dictionary?

NFT is the acronym for ‘non-fungible token’, the unique digital identifier that records ownership of a digital asset.